Field course attendee Jodie Thompson on the fieldcourse from a student perspective:

"As a student who has already visited the Slapton Ley Field Centre as part of A-Level Biology, this second trip has by far surpassed the first. The activities we participated in were much more fun than say looking at the effects of trampling on plants. I never quite realised how many species of birds looked extremely similar so identifying them was somewhat difficult, especially if they were flying away really fast! Invertebrates were also not so easy to always identify as sometimes we could only go as far as the order name. The weather for the most part stayed either sunny or overcast so that certainly raised our spirits out in the field! Although admittedly going to Down Farm on the first day dampened our high spirits due to the bitter cold, our hands almost felt like they had been frostbitten! I’ll never say my hands are cold in such vain again... Some of my highlights of the field course were visiting Prawle, the woodland area, going bat watching, constant pranks in the Mercer Ground Floor corridor due to no lecturers being present [responsible adults and all that - Ed.] and most importantly getting to know my course mates a lot better. I think we’ve become a much closer stage group through this trip and that’s definitely a positive. If future students read this, you should look forward to the trip but definitely be prepared in terms of different weather conditions and as Sarah says, “bring a sense of humour with you!” 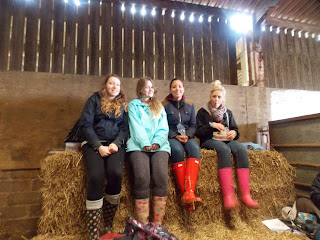 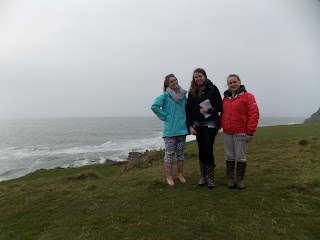 Posted by Rich Billington at Monday, April 22, 2013 No comments:

Fundamentals of Ecology Days 3 and 4

The last two field days were spent around Slapton Ley itself looking at the effects of anthropogenic disturbance on the fauna. The Ley is a really good place to study this as at one end, there is the town of Torcross where Ducks are fed and used to people while the other end is closed to all except for a handful of researchers. Likewise, some of the woodland is open access while other parts are closed. This allowed us to look at how the fauna both reacts to people and at the distribution of mammal, birds and invertebrates around these contrasting environments. The final day consisted of group presentations on an aspect of the field course and the identification spot test before returning to Plymouth! 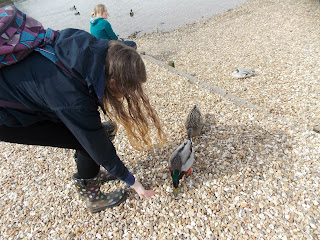 The FSC centre here at Slapton allows us to use their classrooms for some "lab" work when we come back from the field. Students are able to collate and analyse data and use the microscopes to identify invertebrates. It also allows the staff to give briefing and debriefing sessions. 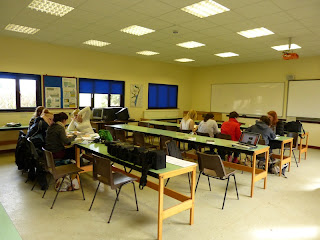 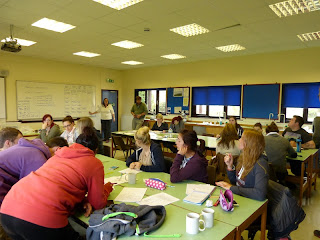 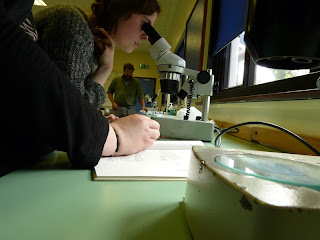 Posted by Rich Billington at Tuesday, April 16, 2013 No comments:

The second rotation of the first two days was a visit to Down Farm on Start Point. This farm is managed under Higher Level Stewardship for wildlife by Richard Voss. The students looked around the farm and saw the methods being used to make it more wildlife friendly, sampled for invertebrates and met some of the animals. 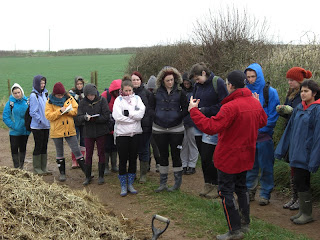 Rob Parkinson extolling the virtues of good old fashioned manure management for farming and wildlife (again!). (The author of these notes is trying very hard not to write "Rob talking crap again") 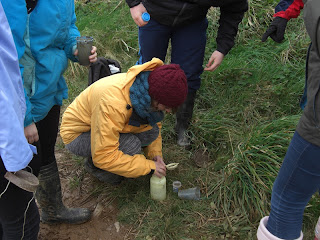 Invertebrate sampling - are there any bugs brave enough to put their heads above ground on another cold, misty and windy day. Students also looked whether there were more invertebrates in rough grassland than arable fields.


The other half of the group was at Prawle looking at the Cirl Buntings which allowed for more gratuitous Oil Beetle shots! 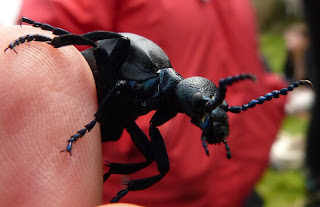 Not so nice was this Guillemot that seems to have some problems with its feathers, possibly due to the polyisobutene spill that is affecting Guillemots in Devon and Cornwall. Incidentally, it was the Environmental Research Centre at Plymouth that first identified this compound as the cause. 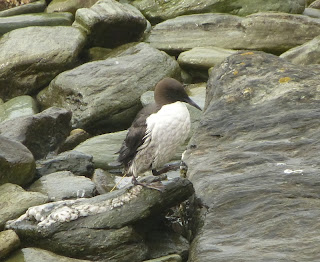 Each evening, after the excellent dinner provided by the centre,  small groups of students are going on Bat Walks looking at two roosts locally and using bat detectors to detect feeding bats on the Ley.
Posted by Rich Billington at Tuesday, April 16, 2013 No comments:

Half of the group went down to Prawle point in south Devon early this morning to look at the habitat and try and see why it is particularly good for Cirl Buntings.


Part of what we wanted to do was to look at invertebrates and their abundance in the areas good for the Buntings. That required some invertebrate surveying techniques like sitting in Gorse bushes! 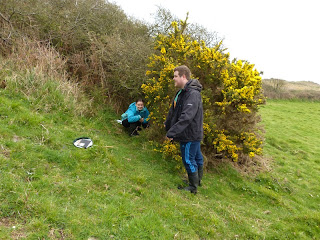 One of the more impressive things we found was the Oil Beetle Meloe proscarabeus, quite common on the south Devon coast.

By the wonders of modern technology it seems I can now send blog posts from my phone. Currently on the bus with our first year Animal Behaviour and Welfare students on the way to Slapton Ley. We are there all week staying at the FSC field centre and taking advantage of local sites like Slapton Ley itself, nearby farmland and the excellent Prawle Point. There will be lots of different aspects of ecology that we will be covering and if there is reasonable Internet access, I hope to update the blog daily so people can see the types of things we are up to. Might even manage some pictures.

Hoping for some better weather than this! 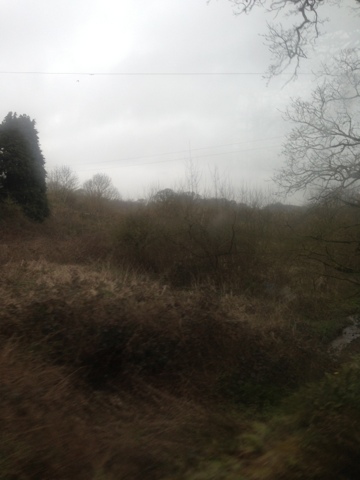 Posted by Rich Billington at Sunday, April 14, 2013 No comments:

Never work with children or animals

I don’t know what I want to do after graduation. So I saw my placement year as an opportunity to discover a possible career path, or at least to cross one off the list. I stumbled across environmental education which led me to working with Groundwork. Groundwork began in 1980 as a government-backed experiment, initiated by the Countryside Commission, which aimed to find new ways of improving the environment on the edge of industrial towns and cities. Groundwork is now a federation of 48 locally owned Groundwork Trusts in England, Wales and Northern Island, working with over 100 local authorities between them to deliver solutions faced by the most deprived communities. Since September I have been working as a voluntary intern for Groundwork South, the local Groundwork Trust for West London, Heathrow and the Thames Valley area.