Feeding 9 billion people, an evening of discussion at the Royal Geographical Society

South Kensington is one of London’s cultural hotspots, the block that is bordered by Hyde Park and Cromwell Road is an intellectual  concentrate of institutions that explore, catalogue and interpret the world around us. There is the Natural History Museum, the Science Museum, Imperial College, the Victorian and Albert Museum, the Albert Hall and even Baden Powell House HQ of the scouting association. But as I walked the sodium light streets on the edge of Hyde park on a late October evening it was none of these I was heading for. It was that legendary institution that is synonymous with exploration and adventure, the Royal Geographic Society. So what may you ask is a biologist doing at the RGS?

Life is full of surprises and when I received an email inviting me to give a talk at a meeting on the theme of feeding the 9 billion, my eyebrows did rise a little. I am not a geographer but it was my entomological knowledge they were keen to tap. How real is the prospect of using insect proteins to feed a growing world population? Thats what they would like me to talk about. The meeting would comprise a panel of three experts and a chair, there would be three short talks to introduce the topic then a discussion with questions from the audience. The chair would be Jay Rayner, the novelist and TV food critic and the other panel members were Tim Wheeler (Deputy scientific advisor and director of research & evidence division at the department of International Development plus being  professor of Crop Science at the University of Reading) and Edd Colbert (campaign coordinator for the Pig Idea). Tim was there as a government advisor on food security and climate change, while Edd’s organisation was campaigning for the recycling of food waste as pig feed (just like we used to when I was a boy). So between us we had to sum up what we knew regarding the prospects of feeding the growing world population and then engage in a discussion with the audience.  This sounded like a wonderful opportunity to bring the idea of insects as food to the attention of a wide cross section of the population, so I accepted the RGS’s invitation.

Hence I found myself walking along the bustling pavements on the edge of Hyde park on a warmer than expected October evening, heading for the RGS HQ.  I arrive at reception and  peruse the exhibition of stunning photographs of Eastern Europe while I await my host. These images are amazing , shot from the air they present that exotic view that we so rarely have the opportunity to see. Images ablaze with crisp symmetries, abstract patterns imbedded in the landscape and intense colours. I wish I had longer to explore these images but my host arrives.  Amy Lothian introduces herself and leads me to a room where Edd is waiting, introductions are made, there is an air of tense excitement in the room. Ed is telling me about the meeting he has just come from at the London mayors office re an event they are planning in Trafalgar square. Jay arrives, a storm of enthusiasm, fresh from his part as the devil in the first British performance of Frank Zappas “100 Motels” the previous night. Tim arrives last having rushed from a meeting with government ministers. I begin to feel that just coming up from Plymouth is a little pedestrian! 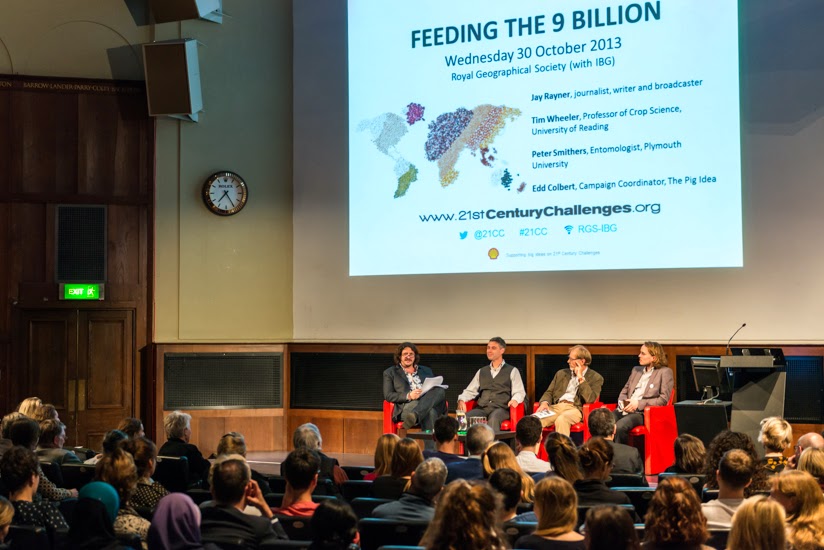 We are miked up and wait for the audience to settle down. Amy gives ushers us out and we walk  past the statues of Shackleton and Livingstone who gaze sternly down as we pass into the famous Ondaatje lecture hall. A procession of four that hushes the conversation buzzing around the room. The theaters oak paneled walls exude a sense of history, adding an air of gravitas. The auditorium is not full but there are over four hundred people present and the row of red leather chairs await us on the podium, picked out by bright unforgiving lights.

We settle into our seats and the auditorium falls silent. The director of the RGS  Dr Rita Gardner welcomed everyone and introduces the evening and Jay Rayner who then introduces us and the topic. Jay  talks eloquently and passionately about food production in the UK and the security of our food supply. He linked unrest in the middle east and the arab spring with rising food prices and shortages,  leaving us with the thought that we are just nine meals from crisis should the UK food supply chain be interrupted.  How long before  riots would erupt on Uk streets once the supermarkets were empty.
Tim Wheeler then discussed the role of new agricultural technologies, could these solve the problem. He ends on the note that there is no prospect of this happening., we urgently need to explore other avenues. 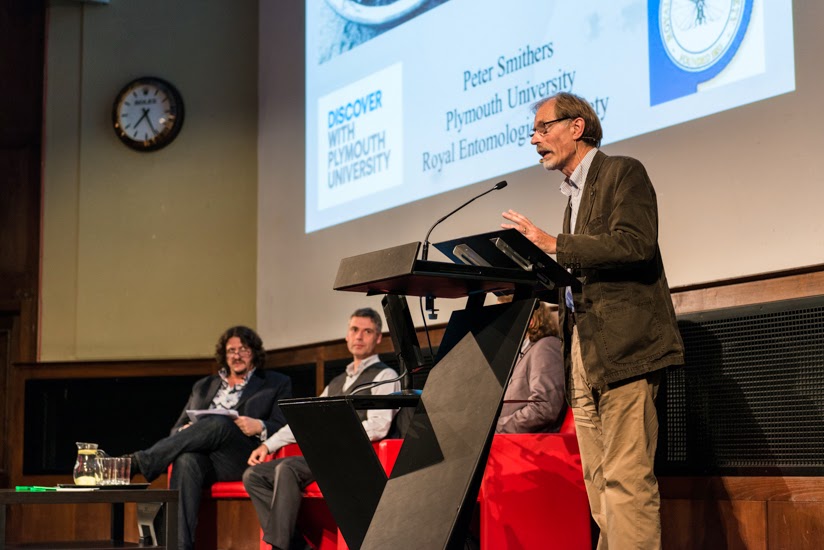 I then talk of how insect farming could generate large amounts of animal proteins far more efficiently than farming vertebrates as we do at the moment. Especially if we utilize bio waste streams as feed for them. I also explain how 2 billion people already consume insects as a regular part of their diet and eagerly anticipate these tasty treats and go on to discuss the recent UN report on insects in human diets. I conclude that we need to shift our perception of insects from one of disgust to delight. Following the path that  the UK has taken in embracing sushi.

Edd Colbert then discussed the use of processed food waste as feed for pigs rather than sending it all to land fill. He outlined the problems that had arisen in the past and the processes that now exist to ensure that food waste dose not pose a hazard in the food chain.

For the next 45 mins we then fielded questions from the floor dealing with a wide range of questions. These ranged from water security, alternative foods in the USA, insects as animal feed and just why can’t we feed food waste to our pigs at the moment. The evening was concluded by the director who thanked every one present and announced the topic of the next event, Big Data was now on the RGS’s agenda. Member of the audience then approached the podium with questions that had not been aired and many useful contacts were made. 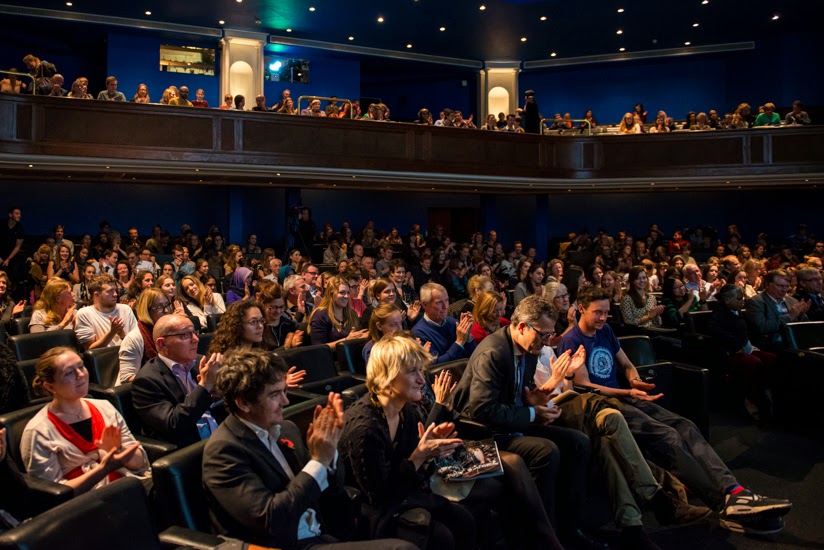 While feeding 9 billion had been the focus of the evening there was a sudden downsizing of our perspective and feeding the four became a pressing issue. The RGS director and her staff then escorted us to a local restaurant.
Feeding the 9 billion had been a wonderful opportunity to take part in an event hosted by and in a legendary institution, it had brought a fresh perspective to one of the most pressing issues of our day and had proven to be a most informative and enjoyable evening.
The entire evening was filmed and can be viewed on the RGS website along with a mass of information dealing with all of the topics discussed.